With a full-time job, social life, family, and other obligations, you may find it difficult to find time to write. Here are five tips for finishing that project in a time-boxed manner. 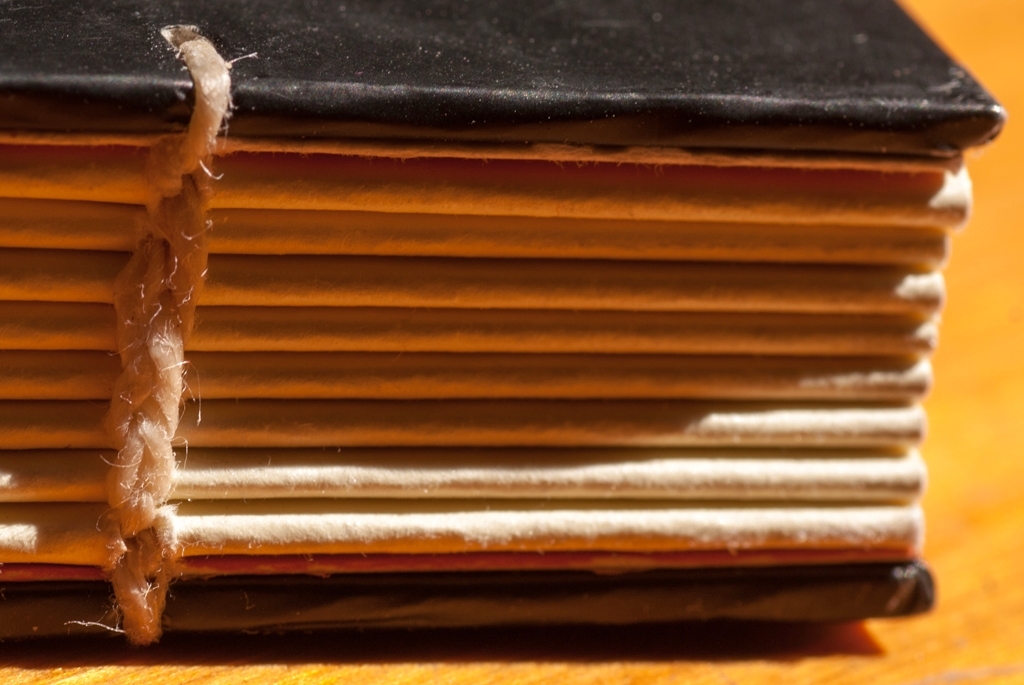 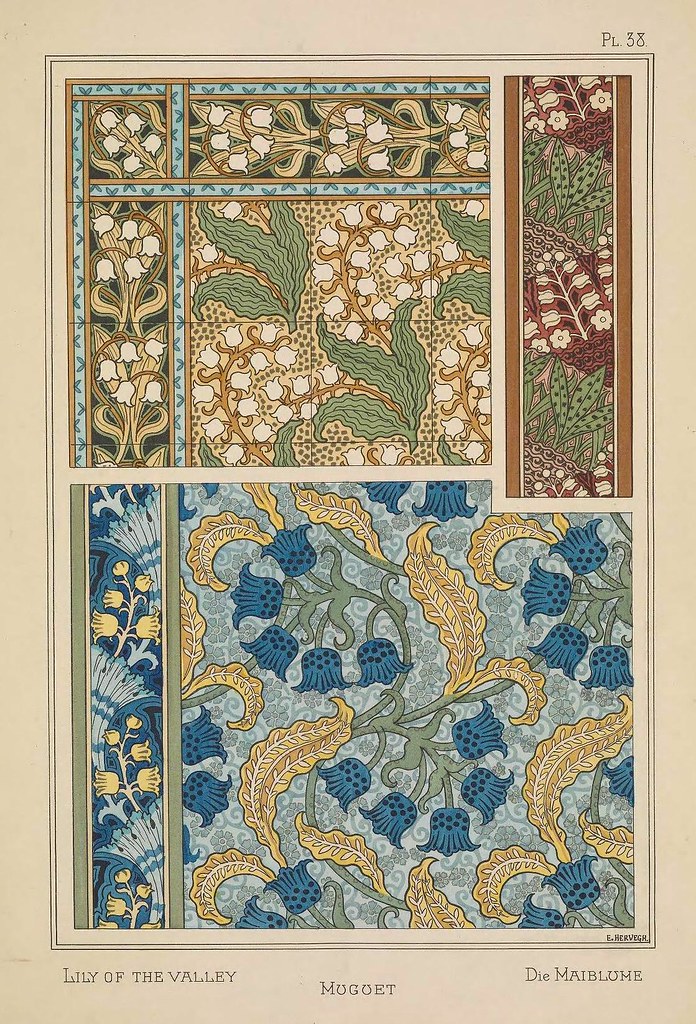 Image source: Plants and Their Application to Ornament (1896)

Another short snippet from my novel-in-progress, Glue.

The sky was dark as I arranged my things: glue to the left, scissors to the right, and paper in the middle. It was only a pencil outline, but I could already see the bird, wings outstretched above an endless ocean. This bird’s feathers would be cerulean, darker than the warm azure sky, but lighter than the cool indigo ocean. I was fourteen years old and obsessed with color.

Another short snippet from my novel-in-progress, The Trick.

Small annoyances got under her skin and grew more obnoxious over time. Jake’s voice, once a soothing baritone, developed a scratchy rasp. The way that he ate food, slobbery and loud, started to madden her. His caramel and honey scent turned to bitter licorice, and the hazel of his eyes turned a puke-toned green. Not literally, of course, thought Helen. But that’s how things go over time, don’t they? They acquire qualities one never imagined on first meeting.

I am in the throes of novel writing.

I am working on the third act of The Trick, in which the heroine (Helen) goes a little baby-crazy, and her immortal vampire boyfriend must make a decision: start a family, or live without her.

I’m stuck because I don’t know how to write about baby-craziness. I never felt it myself. I have only witnessed it in others, and I fear turning it into a stereotype. Also, my novel is only at 48,000 words. It’s a wee bit too short.

In essence, I am stuck, with a fairly static third act. How do I make it as dynamic as the first two acts?

Act 1: They fall in love. Falling in love is fun to write about.
Act 2: They travel and enjoy the world. Vincent recalls previous girlfriends. Helen starts to worry about aging, and asks to be turned. They fight about it.
Act 3: Helen’s fear of aging and her desire for a family runs into conflict with Vincent’s non-human nature. Conflict is good but this act feels flat to me.

A snippet from my in-progress upmarket vampire story, The Trick

For a moment it all stopped and everything was silent. Helen listened for the tweet of a bird, the honk of traffic, or the chatter of a squirrel but heard only the sound of her own breathing. In the absence of external noise, the rhythmic beat of the pulse in her ear grew louder.

Helen marveled at the motionless tableaux. Gold and red autumn leaves were suspended in the air; a moth was caught in mid-flitter; even the feathery clouds, picking up the shine of the moon, had stopped moving. Helen touched a leaf hanging in mid-air and wondered, What kind of magic is this?

I will be sharing snippets from my novel Washing off the Glue in the hopes of getting some constructive feedback.

Marie came to Burning Man to let go of a memory.

Ten long years of searching for Dad, and she had nothing to show for it. What if he’s sick? What if he’s dead? She had no way of knowing. That’s the part that killed her. Rachel, her best friend and roommate, was probably right: She should give up the search and start living in the present.

I am told “absent or missing fathers” are a cliche in novels, but I’d like to think I have a novel (so to speak) approach. It’s not about the father; it’s about the main character, Marie, who embarks on an obsessive search for him, and encounters all sorts of problems of her own. 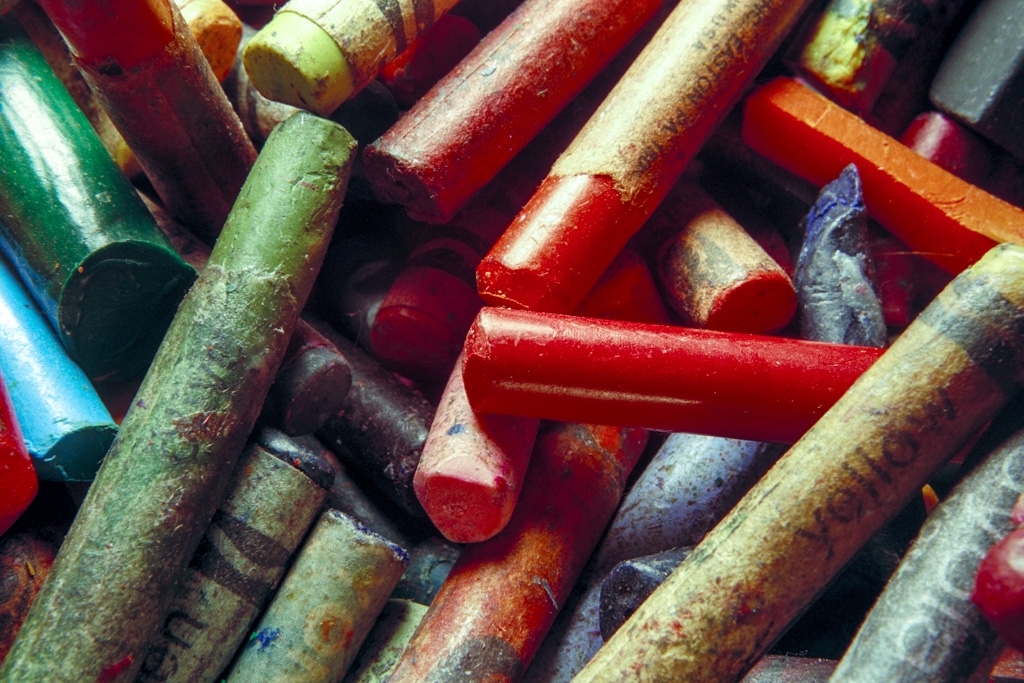 Smuckles’ Garden Camping Adventures is the story of several slug and snail friends who decide to go camping together. The story starts out with lots of laughs but pretty soon something scary happens! Follow the adventures of Smuckles the Slug and pals as they encounter spooky stuff on their camping trip. Get the book on Amazon in paperback or Kindle format. Learn about the hilarious gang on Monsters.net. 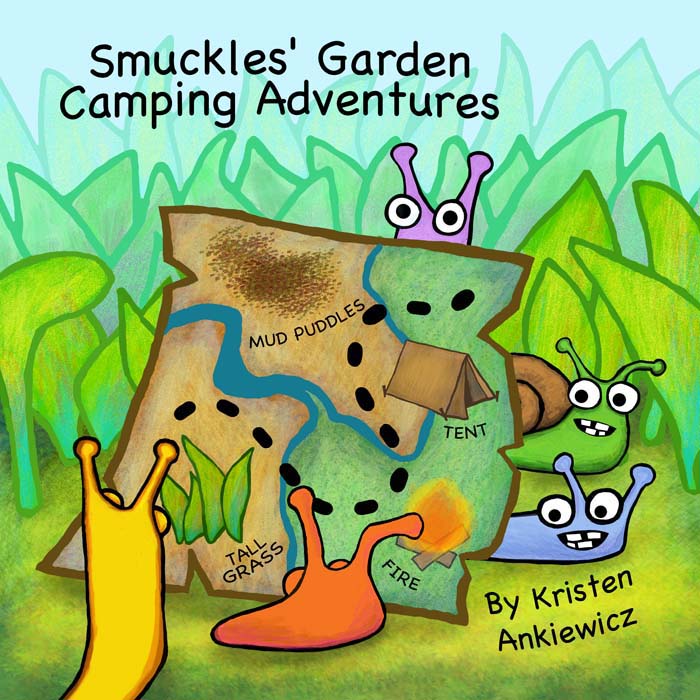 Sherman’s Amazing Garden is all about Sherman. It’s really funny, there are loads of colorful illustrations, and there’s a surprise at the end. You can get the book at Amazon in paperback or Kindle format. Learn about the hilarious gang on Monsters.net. 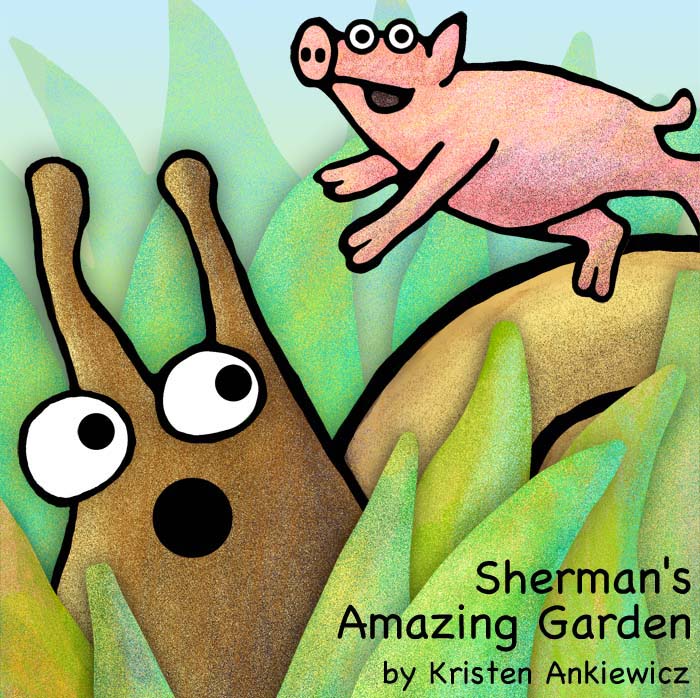 The mini-story below, about a final exam, is an outtake from a novel I am working on, posted in response to the Daily Prompt, Final. What is your attitude towards the word final? Does it feel you with unease like it does me? Do you hate endings as much as I do?

That fall, Marie had boldly and confidently signed up for Math 201a: Multivariable Calculus. The topic had a visual component that appealed to Marie. Hyperbolic paraboloids reminded her of Pringles chips.

During the first exam, the pressure of finishing within an hour—the tyranny of the clock—jangled Marie’s nerves, and time got away from her. The clock loomed overhead and mocked her with each nervous glance. An hour was a minute; a minute was a second. Her mind was a wall of worry. The hour marched to its end, and she had answered no questions.

The professor, Maciej Zaborowski, paced around during the exams. He had a habit of holding a piece of chalk on his chin and accidentally creating a chalk soul patch. He tripped backwards when looking at the board and not noticing an umbrella beneath his feet. They called him “Magic Z.”

There were four exams in this course: three hourly exams, and a long multi-hour final. Failing an exam meant that the remaining exams were weighted more heavily. Marie was embarrassed but not horribly worried. She had several chances to redeem herself.

During the second hourly exam, time played the same cruel tricks as before. She could practically hear the tick, tock.

These two exams didn’t bode well. She had never gotten a poor grade in a class. However, she still had a bit of hope, and a plan. She joined study groups. She crammed. Studying would solve the problem; studying always solved her problems.

The day of the third exam, sweat trickled down the small of her back. She wasn’t prone to palpitations but she could feel her heart pounding. She knew before even submitting the booklet that she had failed a third time. She felt like crying. This was completely absurd and unacceptable.

The night of the third exam, she dreamt that she sat naked in the front row of an empty class. Incomprehensible Math 201a assignments crackled loudly out of the intercom system. Compute the surface area of the sphere above the xy plane. Locate and classify all the local maxima, minima and saddle points of the function. Find the parametric equation of the line of intersection of the tangent planes. She woke up in a sweat.

The final was now the biggest single contributor to her grade for the class. She took drastic measures. She reallocated all resources to Math 201a. Her mind swam with wave equations, flux integrals, and arc lengths. Nights and weekends were entirely dominated by Stokes’ Theorem and Green’s Theorem. Helical curves and one-sheeted hyperboloids danced before her eyes.

The day of the final exam was bright and sunny. Spring was coming and that day seemed the first hint of warm weather to come. The final exam was a leisurely, multi-hour event. There was a clock, but it was far less potent. One question after another, she answered, confident she understood the question. The parametrized surface is everywhere perpendicular to the vector field. False! The vector field has zero curl and zero divergence everywhere. True!

A few days later Marie went to the class to check on her grade. They weren’t posted yet, dammit. A day later, on a terribly rainy Wednesday, she came back to check again. She saw a flyer for a vegan support group and an advertisement for used textbooks, but no grades. On the third day she came back and saw the fateful sheet with a half dozen students clustered around it. She shoved her way to the front with a few Excuse me’s and looked for her name: Anderson… Ebert… Gibson. There was her score, but could that be right? She did a double-take. She got an A on the exam.

All at once the relief washed over her. She couldn’t believe it. She looked around for a chair; she had to sit down. Finding a metal fold-up chair in the same hallway, Marie plopped down, put her hand through her hair, and worried about her future. Would it be like this for every science class going forward: weeks of stress followed by an unbelievable day of relief? She couldn’t take another Math 201a. Shit, she thought. Maybe she shouldn’t be a scientist.

The mushroom image above is the best representative I have for hyperbolic paraboloids.

I started this blog in order to write about my novel & the novel-writing process, and maybe to even get a little feedback, but when I sit down to put together a post I feel very exposed. I don’t like working in a vacuum, but I’m also frequently averse to sharing my work outside a select subset of people. So much of my identity is wrapped up in my creative projects that I fear criticism of the project as though it were criticism of me. I know in my head this is not the case, but emotion is ruled by the heart and the stomach.

It’s a bit of a a vicious circle, either in the positive or negative sense.

Do you have a source of feedback for your writing? How do you avoid that scary exposed feeling? What do you do when you feel like your writing is dumb? How long do you spend on a post before hitting that publish button? Do you revise posts after you publish them?